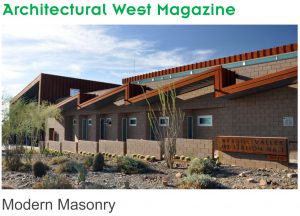 Both firehouses were designed by Larry and Lance Enyart, the father-and-son partners and principals of LEA Architects, Phoenix. Among the firm’s core values is designing for sustainability, having designed more than 100 fire stations with numerous LEED®-certified projects in their portfolio, including the first LEED Platinum Level Certified Fire Station in the United States.

Prior to striking the new arrangement with the city, Paradise Valley had a longstanding contract with Rural Metro Fire in Phoenix. The private, subscription-based fire protection service operated locally from within two converted single-family homes that no longer met current mission requirements for a modern fire station.

“The town’s goal was to build a 50 year-plus sustainable facility that would integrate with the surrounding natural environment as well as the residential and civic context specific to each of the two unique sites,” said Lance Enyart, AIA, LEED AP, who has extensive experience in designing civic and public safety projects. “Both projects also were designed to meet the unique mission requirements of the Phoenix Fire Department.”

Paradise Valley Fire Station No. 1 is on a natural desert hillside where the architects had to take grade issues into consideration. It is also located in a high-end, single-family residential neighborhood, so the aesthetics were very important to residents. “The use of natural materials such as the ground face masonry and weathering steel combined with architectural strategies such as earth berming, taking advantage of a sloped site to allow for a split-level plan, and strategic orientation of shed roof forms were implemented to minimize the scale of the building and be sympathetic of the surrounding neighbors,” noted Enyart.

Paradise Valley Station No. 2, on the other hand, was in a municipal complex adjacent to the existing town hall and new court facility. While this building sought to complement the neighboring complex, it also was designed to integrate with the natural environment. “In this case, the colors and textures of the Trendstone helped visually connect Paradise Valley Station No. 2 to the natural backdrop of Camelback Mountain,” Enyart said.

Echelon’s Trendstone units also were chosen as the best material for the interior of the buildings. “It is an interior material that is highly durable and will not scratch or snag the clothing of the emergency response personnel,” explained Larry Enyart, president of LEA Architects. “It also works in harmony with the ground concrete floors to provide considerable thermal mass for temperature stability and energy conservation.”

In addition to its contributions to energy conservation, Trendstone CMUs will help keep the interiors of the buildings clean, as masonry doesn’t show dirt easily and cleans up well with little effort. It also won’t show signs of wear and tear. The fire resistance of the material was also an important consideration as the buildings serve both as residences and storage for large, diesel-filled vehicles. The use of concrete masonry units to separate living spaces from the equipment bay helps protect first responders while also limiting the transmission of noise from one space to the other.

Enyart noted the Trendstone conveys an image of timelessness and solidity in these buildings. “The mason skillfully worked with the block in achieving the quality results we desired,” he said. “The architectural design, quality of the product, and construction execution represents a culmination of effective teamwork. From the outset of the project, we and the Town of Paradise Valley viewed this project as an opportunity to enhance and support the neighboring community and provide an emergency response facility that would instill a sense of permanence and pride in the public and users.”

“We continue to be huge fans of masonry for its sustainability, sound dampening qualities, and ability to blend in with the natural landscape,” said Enyart. “We will specify these materials going forward to create modern, unique public buildings.” 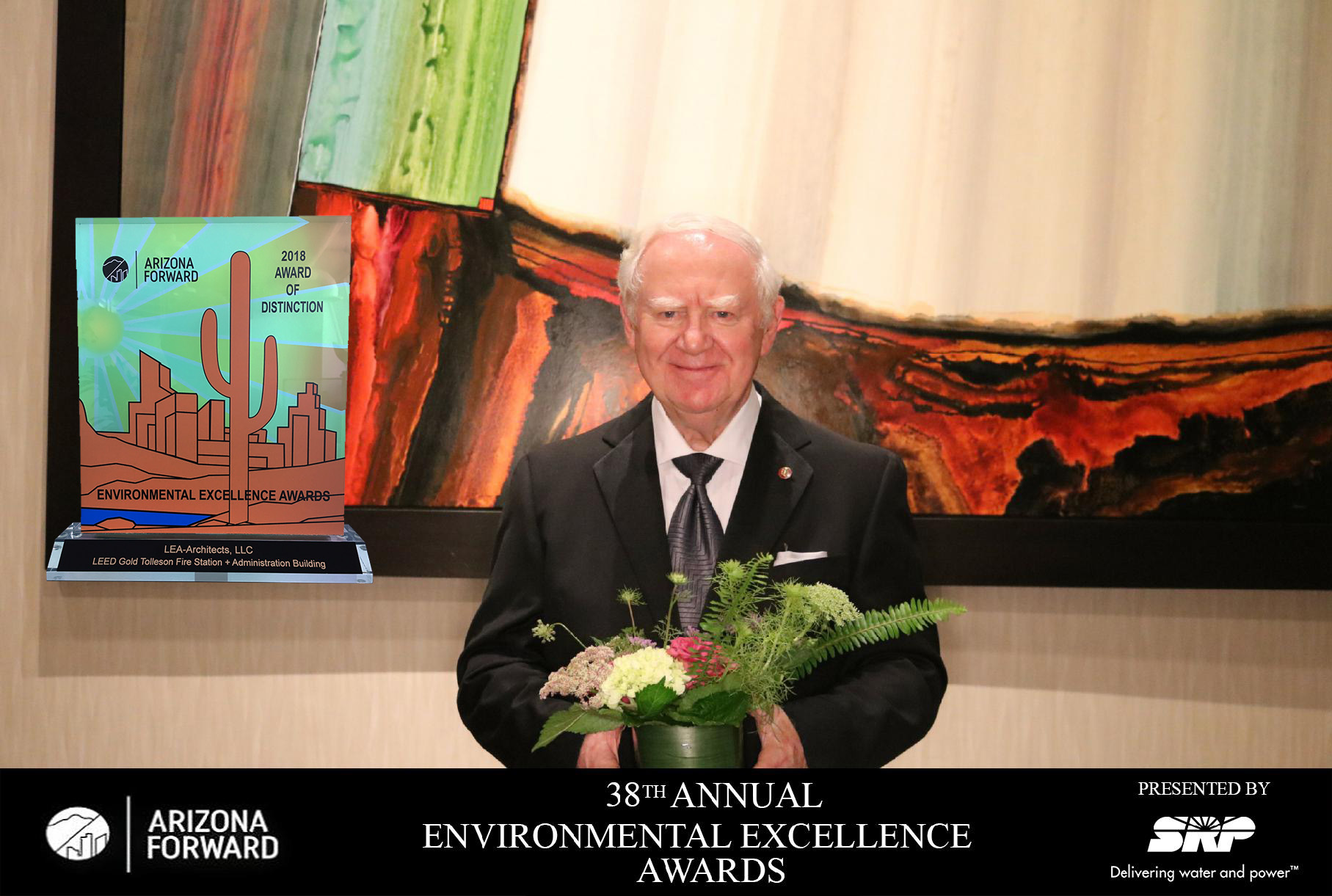 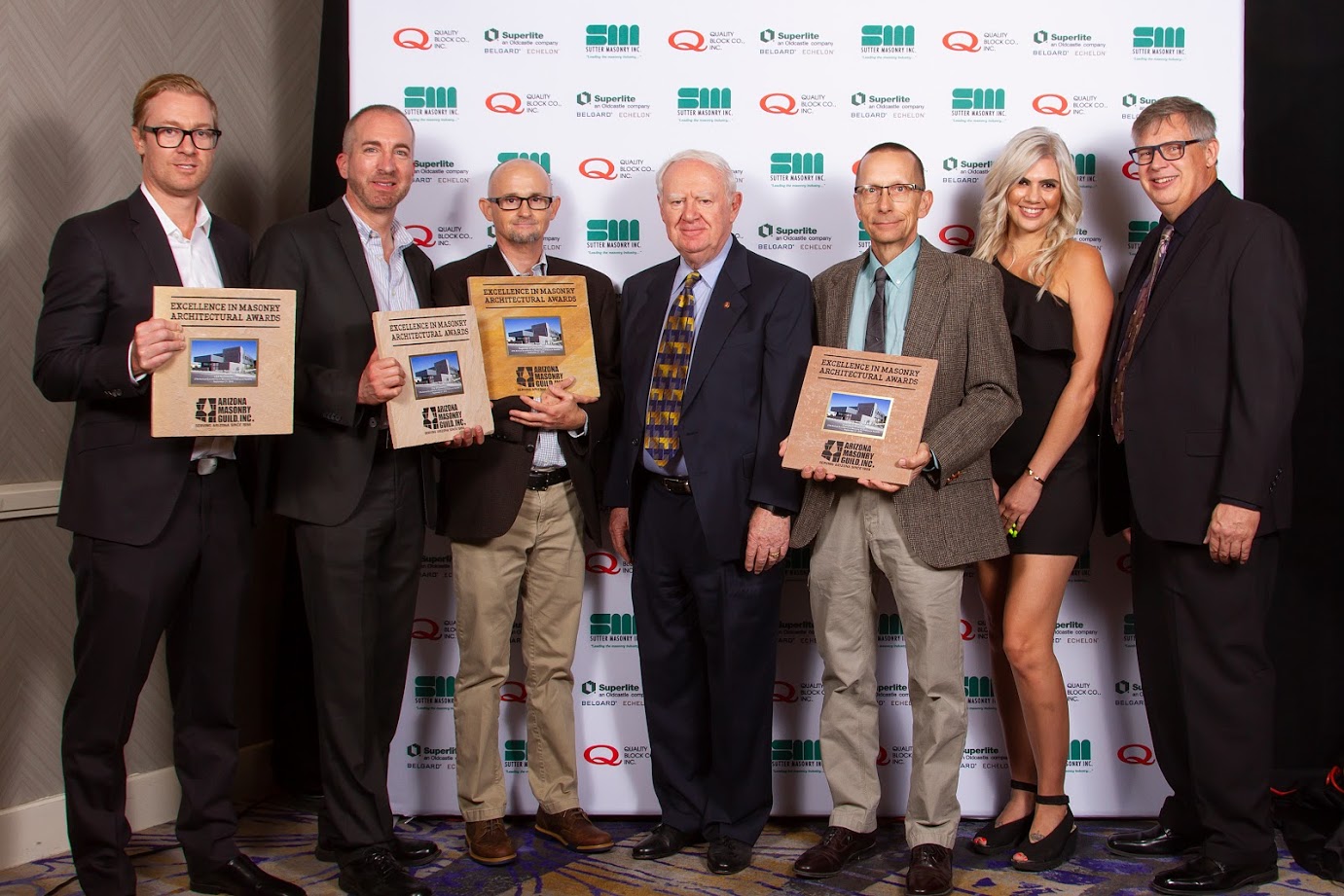 The Arizona Masonry Guild awarded the Somerton City Hall designed by LEA Architects a Top Architectural Honor Award for Excellence in Masonry.   We are honored to be recognized for this award and want to thank @Somertonaz for allowing us the opportunity to serve as the Architect for this important project! 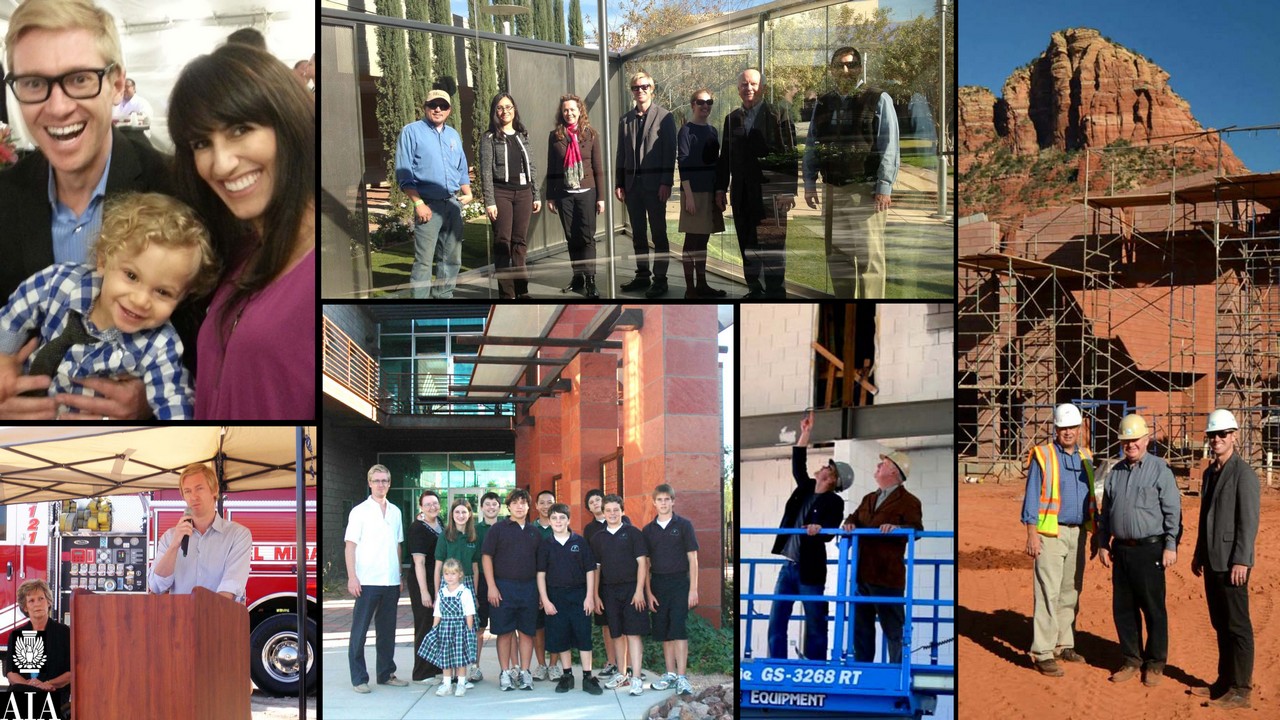 Phoenix, AZ – October 1, 2014 – LEA Architects, LLC announces that Lawrence Enyart, FAIA, FSAME, LEED Fellow and Principal Design Architect of LEA Architects, has been named a 2014 LEED Fellow by the U.S. Green Building Council (USGBC). This year’s 48 Fellows are recognized for their exceptional contributions to the green building community as well as for their significant achievements among LEED Professionals.

“The 2014 LEED Fellows are utilizing their extensive knowledge and experience in green building to engage their colleagues, clients and communities to create a better built environment throughout the world,” said Rick Fedrizzi, president, CEO and founding chair, USGBC. “We recognize Lawrence Enyart’s commitment to LEED and celebrate his individual achievements.”

To be selected, LEED Fellows are nominated by their peers, undergo an extensive portfolio review, must have at least 10 years of experience in the green building industry and hold a LEED AP with specialty credential, among other requirements. The evaluation process is carried out by the LEED Fellow Evaluation Committee and supported by the Green Building Certification Institute (GBCI).